Initial coin offerings (ICO) are an efficient and cost-effective means of accessing mass capital for start-up enterprises or technology entrepreneurs, which might not otherwise have access to capital markets due to strong regulations and/or lack of initial funds. However, ICOs can be also used for fraud and the US Securities and Exchange Commission (SEC) has warned investors to beware of scammers using ICOs to execute "Ponzi", "pyramid", or "pump and dump" schemes, wherein the last one the scammer use fake news to lure more investors in to an ICO in order to generate interest and increase the value of the coins, to only quickly "dump" the currencies on to naive buyers.

The mechanisms generally used for initial public distribution of tokens are broken and the trust of early investors lost. For instance, ICOs companies commonly use their own website to offer a limited number of coins at a constantly increasing price. Then interested investors send their money (cryptocurrencies) directly to the enterprise’s wallet, which in return promises to exchange them for a specific number of tokens. This practice although commonly used is a terrible mistake included in the ICO process. Investors send their money privately into an unknown address without any warranty to receive coins in exchange. In this digital age, everyone should be aware that by entering in a private website you are accepting cookies, immediately acknowledging to share your browser’s information with the site’s owner. Information such as IP address (city/country), language, operative system, dispositive used, screen resolution, amongst others are immediately gathered and stored. Users are not just sending their money but all their information, a perfect situation for scammers. On the other hand, ICO's websites commonly show how many coins have been sold so far, but there is no actual traceable record that would support that statement, and buyers are not able to withdraw their “just bought tokens” until the sale finishes, what could take days, weeks, months or never happens. Transparency and accountability are strongly needed for improving the confidence of new and old investors within this ever-growing cryptocurrency market.

Here is proposed a new approach that could help to strongly put back in track the initial cryptocurrency offering process. An example of this is how private companies or corporations raise investment capital by offering its stocks to the public for the first time. These enter on the market by listing their stocks (or shares) on a public stock exchange, such as the New York Stock exchange (NYSE), the National Association of Securities Dealers Automated Quotations exchange (NASDAQ) or the London Stock exchange (LSE), in a process commonly known as initial public offering (IPO). Thus, an IPO is also commonly known as “going public”. Blockchain technology has strong potential for being used in an IPO format, not only saving the initial cryptocurrency coin offering process but incentivizing well-known companies to enter this developing market.

As mentioned above, blockchain technology is a strong weapon to be used against scammers in an IPO format. For example, instead of making ICO offerings private, which grant no security for buyers, sales should be performed on a completely Public format being everyone able to track the procedures of this one. Public decentralized cryptocurrency exchanges (DEX) can be used for offering tokens at different beforehand stablished prices, during the IPO campaign, enthusiasts and supporters of the enterprise/token/currency initiative will buy some of the distributed crypto coins with fiat or other virtual currency. As tokens are available immediately after purchase and they become the property of their respective holders, these can be traded within the same exchange or held longer for the buyers. Due to blockchain transactions can be tracked within decentralized exchanges and a whitelist (list of largest holders) is constantly generated, this improves the process making it totally public, transparent and traceable.

We also suggest other two ethical terms to be acquired on this IPSO sales. Firstly, for avoiding large token accumulation by white collars and to keep the bonus system currently used within ICO formats, bonuses must be restricted by a static Maximum Airdrop Per Wallet (M.A.P.W). The use of MAPW will help to benefit as many people as possible with the initial low prices offered, promoting at the same time the coin holding and buys until next stage due to the bonus stacking process.

*m.a.p.w. = maximum airdrop to be received per wallet

In this example, an investor will need to buy a maximum of 1M Token on the first stage to receive the maximum reward of 500K. However, if that same person wants to receive more rewards, it must hold the tokens until the next stage, and the wallet would need to possess 2M Token for receiving the maximum reward.

Secondly, in order to prevent pump and dump schemes, we strongly recommend integrating the concept of Company Ethical Support (CES). This will consist on a reinvestment of the 50% of the total raised money during the sale, in order to keep a support buy order for the total coins/tokens sold, at a price a 50% lower than the price of the current stage.

For example, If a coin initial sale was at 2 satoshis and 30K coins have been sold, a buy order for 30K coins should be kept at a price 50% lower than the current price (for this example 1 sat), protecting the enterprise and investors from big coin dumps. This proposed IPSO system will be used for first time on the initial Kolin IPSO sale, reinforcing the need of a novel public sale standard within the cryptocurrency market.

This document is also an open call to all ICOs to incorporate the public IPO format and the two ethical principles explained, in order to empower the cryptocurrency community, take back the transparency and accountability that blockchain technology implies and to fight back against cryptocurrency scammers.

following the ethical principles proposed by the Kolin team and published at https://steemit.com/cryptocurrency/@criptok/novel-suggested-terms-and-principles-for-cryptocurrency-initial-offering

offered services. The ethical wall will be kept during this process (see above). 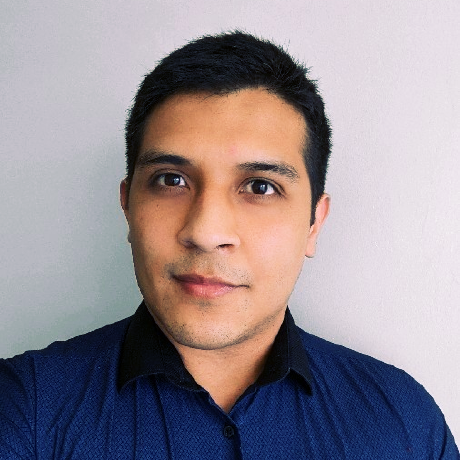